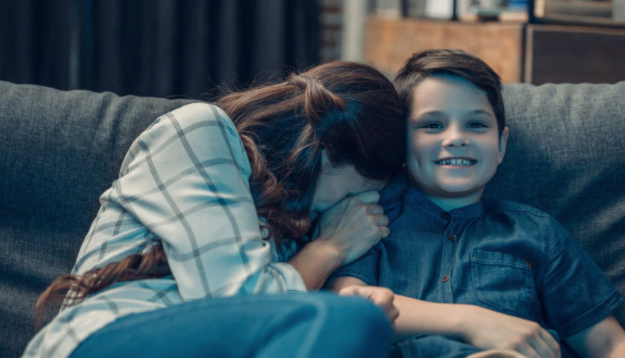 Like almost everything else about 2020, Halloween is going to look a little different. The CDC has released its guidelines for Halloween, Día de los Muertos, and Thanksgiving to help protect individuals, families, friends, and communities from COVID-19. Based on these recommendations, many families and communities are looking for Trick or Treating alternatives this year.

One timeless tradition is to get your scare on through a Halloween-themed TV show or spooky movie. Here are a few age-based suggestions to help you make Halloween 2020 memorable for all the right reasons.

The Super Monsters are preschoolers whose parents just happen to be the world’s most famous monsters. In this 30 minute Netflix special, they show preschoolers how the holiday’s scares are mostly make-believe by explaining the tricks behind haunted houses and spooky decorations.  Super Monsters: Vida’s First Halloween is another fun option.

Based on a book by Julia Donaldson, Room on the Broom features a friendly witch who’s quick with a smile and kind to the animals who ask her for a ride on her broom.

Kiki is a good witch who uses her broom and her flying ability to start a delivery service. It’s from Studio Ghibli, so you know it’s beautifully animated.

The adorably kooky family moves to the suburbs where Wednesday’s friendship with the daughter of a local reality show host causes problems. There are plenty of jokes for both children and adults to keep everyone entertained throughout the film.

Mildred Hubble lives an ordinary life until the day that Maud Spellbody crashes her broomstick into their balcony. Maud introduces Mildred to Cackle’s Academy – a school for young witches where under the watchful eye of friendly headmistress Miss Cackle and scary deputy Miss Hardbroom, Mildred begins her training. But no matter how hard she tries, her spells have a habit of going badly wrong, causing chaos. Will Mildred always be The Worst Witch?

Dracula, who operates a high-end resort away from the human world, goes into overprotective dad mode when a boy discovers the resort and falls for the count’s teenaged daughter.

The movie is from the POV of the monsters, and they’re the good guys. Plus, if your kids love this one, two sequels follow.

The Nightmare Before Christmas (1993)

Is it a Halloween movie or a Christmas movie? The world may never agree, so feel free to start watching Jack Skellington, king of Halloween Town, attempt to bring Christmas to his friends on repeat from now through December 5.

When a shy groom practices his wedding vows, he accidentally marries a ghost. Written and directed by Tim Burton, the movie is exactly the style you’d expect from a Tim Burton film. Sweet, macabre, and fun for kids and adults alike.

After learning she is a witch, a girl helps save a town full of other supernatural creatures. It’s cute and all-around wholesome entertainment, and a Disney Channel Original Movies classic, as any 90’s kid will tell you.

Max and Thora’s family moves them to Salem, where they struggle to fit in. Max accidentally awakens a trio of diabolical and slightly goofy witches who were executed in the 17th century. There’s a reason this Disney classic is at the top of so many must-watch lists.

Netflix is promoting a remake with Anne Hathaway as the Grand High Witch, but she’s got big pointy shoes to fill as Angelica Houston is magnificent in the 1990 original. Luke and his grandmother Helga stumble onto a witch convention and must stop them, even after he has been turned into a mouse. 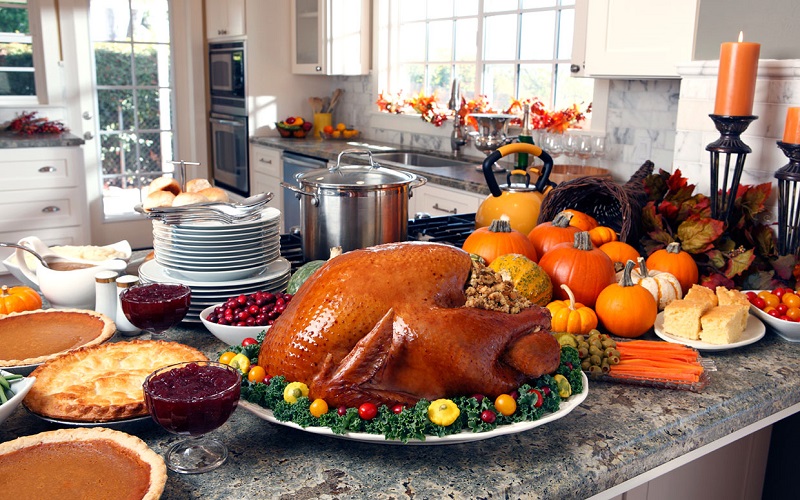 I love a good Thanksgiving dinner but I think I love Thanksgiving leftovers just as much. A rerun of dinner is great, but sometimes you want to change things up a little. These websites can help you find creative and delicious recipes to use up everything from the turkey carcass to the mashed potatoes.

Taste of Home provides readers with recipes by course, cooking style, cuisine, ingredient, holiday and more categories to find a new family-favorite recipe. It’s got great tips and tricks for both beginner and seasoned cooks, a whole page dedicated to Thanksgiving, and useful articles like How Long Are Thanksgiving Leftovers Good For? particularly helpful this time of year.

You’ve probably seen some of Yummly’s recipe videos on social media sites like Facebook or Snapchat. Their videos are creative, easy to follow and precise. It has a database of over two million recipes – including over 1300 recipes for Thanksgiving leftovers – using both practical and more unusual ingredients, is easy to use and is equipped with search options that allow you to match your search to your dietary needs. When you create a free account, you can save recipes, make shopping lists, and share your recipes with others. You can even create meal plans based on your dietary restrictions and allergies.

I still have the 1960’s era Betty Crocker cookbook my mother handed down to me when I got married. Though some of the recipes from the ’60s and ’70s haven’t aged well – seriously, why was everything set in Jell-O? – the good people at Betty Crocker have updated (and eliminated some) recipes – think less food-based-on-a-dare and more delicious-healthy-meals-for-your-family, so their website is a great resource for Tips for Using Your Thanksgiving Leftovers or creating delicious new meals from your Thanksgiving leftovers.

You’ve probably seen Tasty’s videos on your Facebook feed or in a Buzzfeed article. Step by step videos show users how to create delicious dishes with ingredients you probably already have on hand, including those Thanksgiving leftovers. With categories like Back to School, Weekend Meall Prep, Healthy Eating, and Keto, there’s years worth of recipes and meal plans waiting for you to experiment with.

Allrecipes is the largest food-focused social network created for cooks by cooks. The site is user-curated with all recipes – hence the name – shared with the intent of making us all better cooks. Users are encouraged to post recipes they’ve tried, include photos, reviews of the recipe itself, and any tips or tweaks you tried. 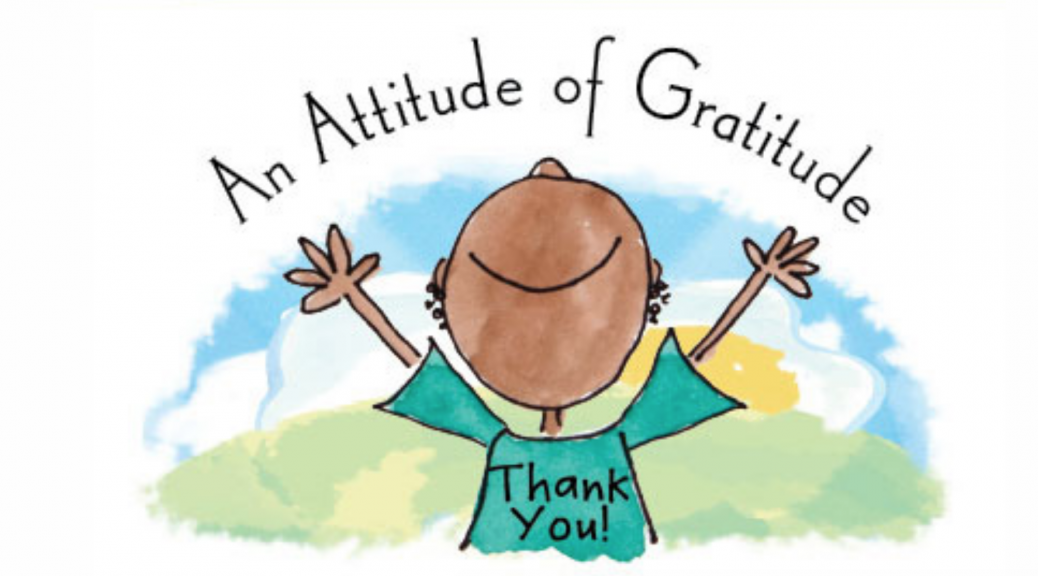 Recently, a video of eight-year-old Jackson Champagne trick-or-treating with his sister and discovering an empty candy bowl on a neighbor’s porch went viral. On the homeowner’s doorbell camera, Jackson can be heard saying “Oh no, there ain’t no more candy.” But before you can say “Trick or treat,” Jackson does the opposite of what you may expect. Instead of pouting over the lack of treats, Jackson reaches into his own stash of candy to replenish the bowl. When asked why he simply replied he didn’t want other kids who walked up to the bowl to be sad.

We all hope to raise children who are more Jackson than Grinch, but that means teaching them gratitude and contentment every day. With Thanksgiving and Christmas just around the corner, this is a great time to remind your children that a grateful heart is a happy heart.

Meri Wallace, “The Parenting Coach”, is a parenting expert, and a child and family therapist. She says, “It is important for you to understand that appreciation is an abstract concept, especially for young children. They are not so far from being babies, who by nature are focused on their desires and needs for their survival. With your guidance, as your children grow, they can develop the ability to value what they have. It is beneficial for kids to be able to do this for reasons other than building their character. Acknowledging and cherishing what you have, helps children to feel fulfilled and have happier lives. It also helps your kids to develop empathy for those who have less than they do.”

She recommends using these tools to help develop empathic, content, and grateful children.

Just thinking about Thanksgiving dinner has me distracted and drooling. I love to plan and prepare the meal – entertaining family and friends is one of my greatest joys. Not everyone feels the same way – in fact for some it’s a source of stress and more like punishment than a celebration.

Whether you’re energized by the opportunity to host or the thought gives you heart palpitations, these suggestions can help you put together a special dinner that will be memorable for all the right reasons.

The most important thing is to take a deep breath and enjoy your guests. Yes they’ve come for dinner but they’ve also come to see you. With a little planning and a little delegation, this could be your best Thanksgiving yet!