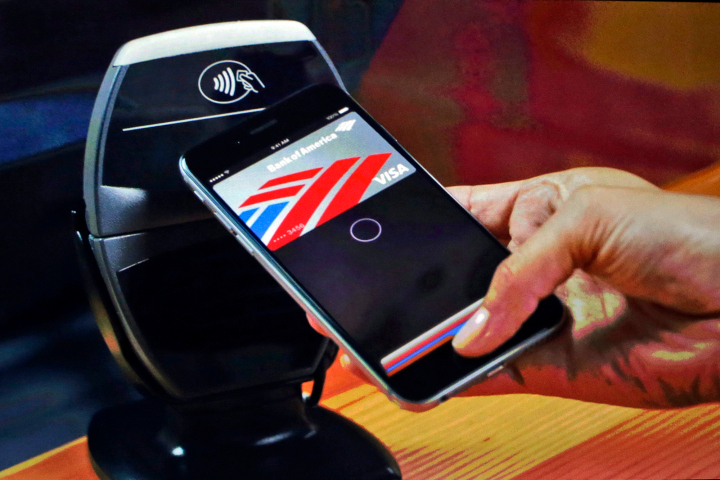 When Tim Cook, Apple’s CEO, unveiled Apple Pay amid huge fanfare back on September 9, it was hailed by many observers as a watershed moment for mobile payments: an app that would finally convince a skeptical public that using a smartphone to pay for everyday goods and services was simple, efficient and, above all, secure.

And despite some early hiccups, most notably with Bank of America, the rollout of Apple Pay has gone relatively smoothly, until now that is. This week, two of the nation’s largest drug stores, Rite Aid and CVS, pulled the plug on Apple Pay and joined other high-profile retailers, including Walmart, Target and Best Buy, in de facto announcing that they wouldn’t support Apple’s payments initiative.

To be fair, the retailers, which are part of a group called Merchant Customer Exchange or MCX, did not directly announce a boycott of Apple Pay. Instead they disabled the Near Field Communications (NFC) sensors at their checkout stations, which the Apple Pay software on an iPhone 6 relies on to be able to communicate with the cash register.

Apparently, MCX is supporting its own mobile payments system, known as CurrentC, which is not expected to be available until 2015. It appears that MCX members didn’t want Apple Pay to establish too large a footprint in the mobile payments marketplace before CurrentC had a chance to compete.

(Interestingly, CVS has been accepting Softcard (formerly Isis) payments at its registers for more than a year now. Softcard, a mobile payments app that can be downloaded on certain Android devices, uses the same NFC technology utilized by Apple Pay. It seems that MCX members were content to accept Softcard payments as the volumes were very low. Once Apple joined the fray, the stakes became much higher.)

The fact that MCX retailers are rebelling against Apple Pay is not surprising. A non-cash transaction at any store has to satisfy three different parties with three different priorities: the customer, who wants a simple, quick and safe payment method; the retailer, who wants the same as the consumer but who also wants to be able to collect data on buying habits and more; and finally, the financial institution that stands behind the transaction and wants to make sure it gets its cut.

As is usually the case with Apple (see music, books, apps and more), it has developed a potentially revolutionary system that conveniences the consumer but doesn’t do quite so much for the other parties to the transaction. In particular, it’s hard to see how the stores benefit from Apple Pay. One of the big selling points for the consumer – the lack of any traceable data – is actually a big problem for the stores, denying them the opportunity to track the buying habits of their customers and institute loyalty programs and other incentives.

But perhaps the biggest problem for the retailers is that it locks them into the same old fee-paying relationship with the banks. In an industry where margins are often razor thin, retailers have long objected to the 3 – 5 percent that they have to shell out for credit card transactions. One of the most attractive features of CurrentC from the retailers’ point-of-view is that it is expected to connect directly to a customer’s bank account or to a store-specific credit card, eliminating those fees altogether or at least keeping them in-house.

If Apple is expecting a wave of consumer resentment to force the MCX retailers to change their minds, it might be disappointed. The biggest problem facing a viable mobile payments system to this point has been consumer inertia and that isn’t expected to change anytime soon. Although Apple claimed that over 1 million credit cards were linked to Apple Pay in the first 72 hours of launch, that represents just a tiny fraction of the more than 1.8 billion credit cards currently in use in the U.S. And, as many people have pointed out, Apple Pay only works with the iPhone 6, further restricting the potential backlash to a small, albeit extremely vocal, group of consumers.

As Apple has demonstrated many times in the past, it is happy to weather a slow adoption period in order to achieve a dominant position further down the road, and the company does have a history of persuading consumers to buy into something that they didn’t think they needed. However, asking Americans to get excited about a mobile payments system that they have doubts about in the first place is a particularly hard sell. Without the support of the retailers, it becomes nearly impossible.