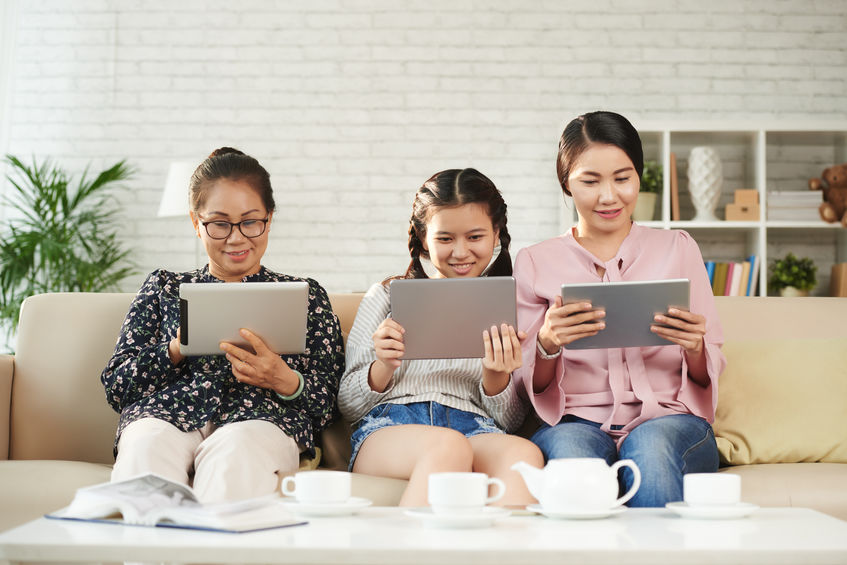 I recently polled parents on my Facebook page, asking, “If you’ve chosen not to share pictures of your kids, how do you broach the subject with grandparents or others who don’t respect your rules and post their photo anyway? Also, what is your primary reason for not sharing their photo? Privacy? The child’s right to curate their own social media?” As I expected, some of the responses were adamant about privacy, others were less concerned, and some were just funny, like the dad who responded with a meme that said, “I told my mom that she was invading my privacy and she said I came out of her privacy.”

It’s a question more, and more parents are asking as our online privacy and personal information continue to be compromised. Platforms who swore our data was safe – I’m looking at you Facebook – have been exposed as vulnerable to breaches. If even Pentagon computers can get hacked, how secure are the rest of us, the ones who tick the box saying we’ve read the Terms and Conditions but never have?

For years, privacy experts have been warning us about the risks of exposing your personal life online, and parents are beginning to listen. Years ago when mommy-blogging was at its peak, and Facebook was taking off, personal information like the first day of school pictures included the name of the child’s school or geotags with the family vacation resort tagged were common. Contrast that with parents today who are choosing to keep those details limited to private groups of close friends and family or offline completely.

Part of the problem seems to be generational. While Baby Boomers didn’t grow up with today’s tech ubiquity, they have embraced it as passionately as younger generations. According to Pew Research, 90%+ of adults over 60 own a computer or laptop, 70% have a smartphone, and 40% have a tablet. Boomers also represent 1/3 of all online and social media users. Boomers are especially fond of Facebook, with 65% saying it’s their preferred social media network.

That love for Facebook, coupled with their love for their grandchildren is at the heart of growing tension between young parents and their own parents. The biggest threat to your family’s cyber-security may not be Russian hackers – it’s Nana.

Lena, one of the moms who responded to my poll, posted a screenshot and captioned it, “Family member currently with a pic of my baby as their profile pic.” The photo had been published without Lena’s consent.

Another respondent, Sophia,* has a private Facebook group for her newborn. Under a recent photo of the child, a relative asked how she could share the pictures as there’s no “Share” button under the post. When Sophia explained they prefer to keep the images limited to close family and friends, the family member objected. Sophia once again respectfully explained her position and included a link to the story of an American teen who discovered a photo of her had used in a Virgin Mobile Australia campaign without her consent. The family member countered with “these things happen… but why should that stop the joy of our friends and family from seeing our offspring… I respect your decision but had to voice my opinion.”

Several respondents sent private messages lamenting their parent’s refusal to accept their choice to limit their child’s online presence. “My mom constantly tags herself in my photos. I don’t know a lot of her friends and even worse, her profile is set to “public” so who even knows who is seeing those pictures of my kids?”

That’s an important question. One of the respondents to the poll cautioned, “I don’t share pictures of any of my 19 nieces/nephews, or any other children. I have only accepted if adults share pictures on my timeline; and only after I have reviewed them or if they give me direct consent. I work in law enforcement and am aware of more than I would like to know about pedophilia; personal identity theft; and the like.”

It’s a global issue leading some countries such as France to implement much more stringent privacy laws than here in America. French parents have been warned to stop posting pictures of their children on social media platforms or face the possibility of being sued for violating the child’s right to privacy or jeopardizing their personal security. The penalties are as harsh as one year in prison and a fine of €45,000 ($50,000) if convicted of publicizing the intimate details of the private lives of others —including their children – without their expressed consent.

Here in the US, the likelihood of such a suit succeeding is unlikely. There’s no legal precedent or laws concerning oversharing, and parents could claim the suit is a violation of their First Amendment rights.  There’s also the parent-child immunity doctrine — the legal notion that a child cannot bring legal action against his or her parents for torts, or civil wrongs, parents inflict while the child is a minor.

Parenting coach Ray FitzGerald recommends following the three P rules of posting. “There’s privacy (“Make sure your privacy settings aren’t public. Treat your child’s private images like your Social Security number and don’t hand it out like digital candy”); perception (“If you wouldn’t want a similar picture of yourself shared, then you likely shouldn’t share one of your child”); and permission (a rule he admits mostly applies to older kids).”