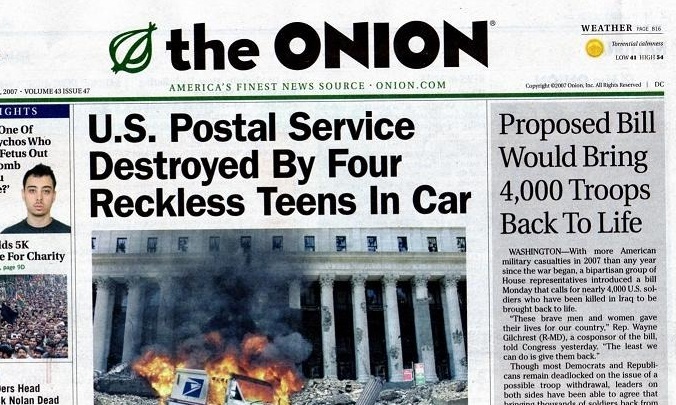 Let’s consider this post a public service announcement. No less than eleven times this week, I’ve seen stories in my newsfeed that clearly fall into the ‘you-don’t-really-believe-that’s-true-do-you’ category.

One story told me that asparagus is the cure for cancer drug companies don’t want us to know about. Another purportedly shows Michelle Obama cursing the flag and her husband agreeing (supposedly lip-read and interpreted by an instructor from a school for the deaf and blind). And a third, harmless in comparison to the others, suggests that a planetary alignment this month will result in the moon appearing green for 90 minutes, an event that happens once every 420 years.

Most of us have been duped at least for a moment by something that’s popped up in our social media newsfeeds. Remember the one about Facebook starting to charge fees? Or the one with people posting their own copyright notice so Facebook couldn’t steal their images or posts? Maybe you bought the warning that you needed a privacy subscription so your photos wouldn’t go public. Some of these look totally legitimate, others not so much.

It’s an easy trap to fall into, and we’re more likely to repost stories that resonate with our values and support our beliefs. The bottom line is that the old adage “You can’t believe everything you read” still rings true.

Before you repost, take a minute to check the source. If it’s one of the sites below, spare yourself some awkwardness and don’t repost.

The Onion is the granddaddy of all fake news sites. With satirical headlines like “Woman Leaving Meeting Worried She Came Off As Too Competent” and “New Evidence Suggests Early Humans First Used Fire To Impress Friends,” most Onion stories aren’t hard to spot as fake. On the other hand, I remember outrage when an Onion story about the USDA introducing a brunch program exclusively for wealthy students was shared.

National Report and its former head writer Paul Horner are at the top of any list of fake news sites. Among their greatest hits is a story that the U.S. hired mercenaries to hit ISIS targets and that a teen was arrested over a “swatting” prank. While most National Report stories are relatively harmless – for example Whole Foods to Charge Cover at California Stores – their story about an Ebola outbreak caused a quarantine in Purdon, TX during the height of the virus scare.

Paul Horner moved on to the News Examiner after Facebook’s algorithms made it harder for National Report stories to be shared. Having learned his lesson, Horner now mixes real news with fake in order to skirt those pesky Facebook guidelines. The tricky part is that there’s no indication which is which – what’s real and what’s fiction – so beware of anything that can be traced back to the News Examiner.

Similarly, Newswatch28, now Newswatch 33, managed to beat the algorithms by mixing real news with fake. Again, there’s nothing on their site to indicate they’re satirical or posting bogus news stories. Stories include a suicide resulting from casting black actors in Star Wars and the FDA approving the sale of tranquilizer guns for use on children.

Following in the “sounds like a local news affiliate” name choice, Now8News stories are a little easier to spot because most of them are ridiculous: an old lady arrested for making cat fur coats or a couple arrested for running a meth-lab in the attic of a Wal Mart.

There are a lot more out there – Stuppid and Huzlers seem to give themselves away with their name as does The Satira Tribune – so sometimes simply taking a beat and looking at the source is all you need. Ultimately, if it seems too crazy to be true, it probably isn’t.

After all, Abraham Lincoln himself warned that you can’t believe everything you read online.