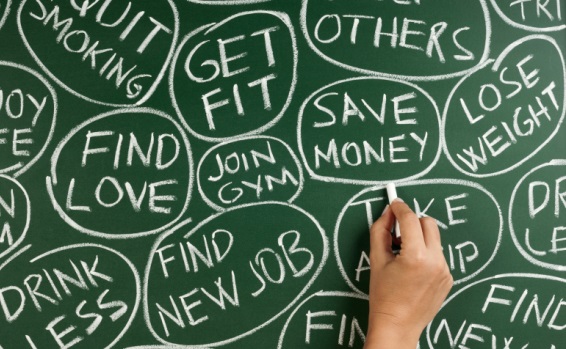 “Many people look forward to the new year for a new start on old habits.” – Anonymous

That insightful quote from an unknown source aptly sums up most people’s approach to New Year resolutions: put a list together of mostly unattainable goals, let our usual routines quickly get in the way, and then gradually let those resolutions fade to a distant memory – until we get to dust them off again 12 months later!

According to The Journal of Clinical Psychology, only 8 percent of people are successful in achieving their New Near resolutions, and fully one quarter of people who make resolutions don’t get past the first week. But why are we so bad at achieving our goals? What is it about New Year resolutions that makes them so hard to keep?

The simple explanation is that most people’s resolutions conflict with their daily routines. This makes perfect sense – if we want to change something about ourselves, we have to change our regular habits and most people are just not ready to make the required sacrifice. But it’s more than that. Most resolutions just aren’t any fun. The top resolutions each year are invariably ‘lose weight,’ ‘get organized,’ and ‘spend less,’ none of which will get the average person jumping up and down with excitement.

So what can we do to make those New Year resolutions more compelling and attainable? While most of it comes down to willpower and the desire to change, there are ways we can approach our new goals that will give us a better chance of success. Here are a few suggestions:

Make your resolution something attainable

If you’re working 40 hours a week, raising three young children and struggling to get to the gym twice a week, then setting a goal of learning a new language might be a tad unrealistic. Sets goals that you have at least an outside chance of achieving. In the same way that you shouldn’t set yourself up for failure at work or in your relationships, your shouldn’t stack the odds against you when you make your New Year resolutions.

The more specific the goal, the more chance you have of achieving it. Instead of a New Year resolution of ‘lose weight,’ try something like ‘lose 5 pounds by January 31.’ If your goal is to be more organized, think about what you really mean by that and break it down into more manageable goals like ‘clean out the garage,’ ‘sort out my parents’ finances,’ or ‘work out a ride-sharing plan for the kids’ soccer practices.’ Once general resolutions are broken down into specific tasks, they seem much less daunting and often require much less in the way of a lifestyle change to get done.

Write down a plan

A written plan makes a resolution real and gets you to think about the steps required to achieve your goal. If your New Year resolution is to ‘get fit and healthy,’ then be specific about what that means and then write down the steps that will get you there: ‘join a gym,’ ‘sign up for aerobics classes twice a week,’ ‘change my diet’ (write down your detailed diet plan). If you can’t write down a realistic plan, then that’s a sure sign that your goals are not attainable.

A problem shared is a problem halved, and nowhere is that more true than when it comes to a change in lifestyle. If you want to lose weight, find a friend that wants to do the same and put together a plan that you can both sign off on. Similarly, if you want to take cooking classes or join a hiking group, find a friend that will do it with you, so the initial steps are less intimidating and there is peer pressure to stick with the program. If you don’t have a friend nearby, then social media is a great way to share your story and draw inspiration and encouragement from like-minded individuals.

In the words of the old Apple commercial, there really is an app for that. We carry our smartphones with us wherever we go and it make perfect sense to turn to them when we need a little help with our goals. Whether it’s a financial planning tool, healthy eating suggestions, or a high-energy workout routine, our mobile devices and their app stores will find something that will keep you on track. Certain apps can even manage your whole New Year resolution schedule, from setting up notifications and reminders to automatically sharing your results with friends and family.

While a two mile run every morning at 7 am might feel good for the first week or two, it can quickly grow old, particularly as those dark winter mornings drag on. Make sure you vary your routine, so you don’t get bored or jaded. Resolutions are so much easier to keep when they are fresh and fun!

While losing a little weight or feeling more organized might be enough of a reward in itself, there’s no harm in adding a few incentives along the way. How about the occasional spa day as you hit certain milestones? Or a weekend away when you are still going strong after six months? Achieving an important goal is always cause for celebration, particularly when you finally get to keep a New Year resolution!