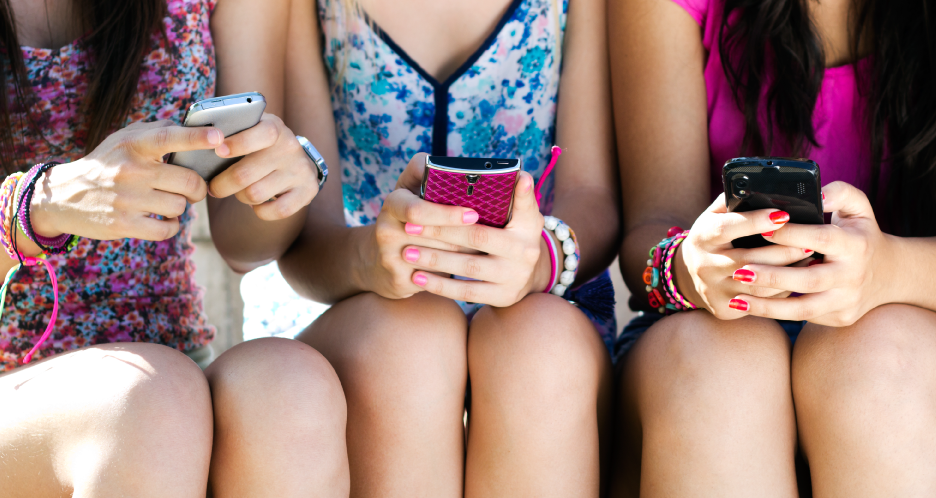 Sharon Standifird was frustrated by her children’s tendency to ignore her calls and texts. As a woman who served in the Gulf War and climbed Mt Kilimanjaro, Sharon was not about to let that slide. She turned her frustration into another mission, and several months later “Ignore No More” was born.

Currently available for Android devices, Ignore No More allows parents to remotely shut down their child’s phone, leaving the child with just one option: call the parent and ask for the code to unlock the phone. No games, no texting, no internet access, nothing. (The phone can also be used to call first responders in case of an emergency.)

Two minutes reading through the reviews on the app store and you can see there’s a pretty clear divide on the virtues of the app:

“Omg! Love it. Best app ever designed for parents.”

“Great Thinking!!! This is just what I needed for the past 16-17 yrs. My daughter always ignores my calls/sms. Not anymore.. lol THX”

“Don’t like this. You should spend your time teaching manners to your children, instead of imposing this because you cannot control them in the good way. If you need this, it’s your fault.”

Not surprisingly, the majority of the positive reviews are from parents tired of texts being ignored on a phone they pay for, while the negative reviews are predominantly from indignant teens who think the app goes too far. Some experts agree. “Let the child know that you value their independence, which is why you want them to have the phone, but that in this family there are expectations [around its use],” says Dr. Doree Lynn, a psychologist from Washington D.C.

While having a cell phone has moved from being a luxury to a near necessity, it still carries the responsibility of ownership and use. If the owner of a phone is the parent – meaning the parent pays the bills – then the child is merely the user. Given that relationship, it’s not out of order for the parent to have reasonable expectations that the child will respond to calls and texts.

To me, this is all part of a larger conversation about responsibility and respect. If your kids consistently disregard your attempts to contact them, there is a bigger issue at play.

Before resorting to shutting down their phone, start by sitting down and having a family discussion. Explain your frustration, set boundaries, and make clear what your expectations are. If boundaries and consequences are discussed, the app may not be necessary. If the problem persists, remind your kids of the consequences and then follow through. Communication and consistency are key in allowing your children the freedom to make mistakes and then learn from them.