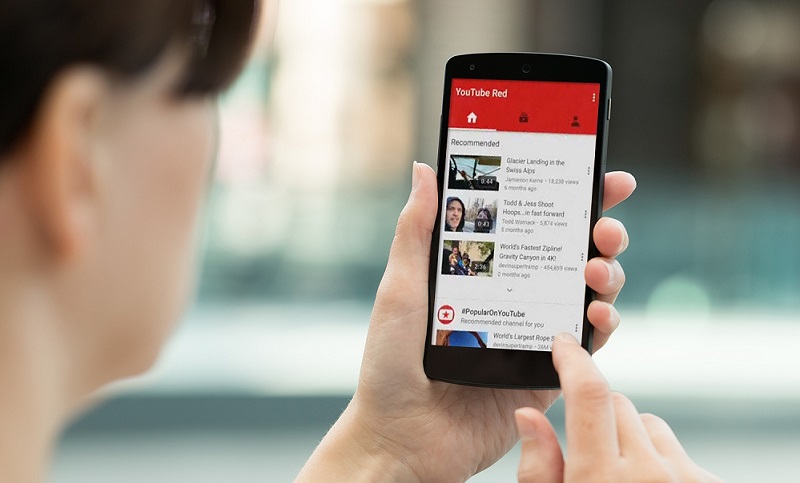 Although we all know YouTube as a free online video service, you may be surprised to learn that it also offers paid video streaming subscriptions. Previously offered as a little-known music streaming platform called YouTube Music Key, the service was revamped to include video and relaunched in October 2015 as YouTube Red.

Like many streaming services, the first month’s subscription is free, and then it costs $9.99 a month thereafter. While that price tag isn’t the cheapest, it’s certainly comparable with the cost of many other video streaming services. Choosing Red over watching YouTube the way we always have means you no longer have to deal with ads interrupting your videos (unless you’re watching paid TV channels or renting TV shows and movies). Currently Red is only available in the U.S. but there are plans to expand to a global market.

YouTube has created original series and movies for PewDiePie, Lilly Singh, Rooster Teeth and other YouTube stars that will be offered exclusively through YouTube Red. There is speculation it will eventually be available for free but there’s no guarantee or timeline offered as to if and when that will happen.

Because YouTube is owned by Google, subscribing to Red means free access to Google Play Music, making it a better deal than Spotify, Rdio, Deezer and other streaming music services. Conversely, if you have a subscription to Google Play Music, you already have access to Red; they’re a package deal, you just need to be signed in to the same account on both services and ensure that both are available in your area.

The cons are that video is available for direct download only to phones and tablets. Content will be available for 30 days but some features such as liking and commenting are unavailable if you’re offline. Red may not be a good fit if you already subscribe to a service like Spotify and use an ad-blocker extension. At $10 a month, it simply may not be worth the additional cost. However, if you’re a commuter or frequent traveler, being able to download content to watch offline and hang on to it for 30 days may be enough of an incentive. At the very least, subscribers have that one month free trial to give it a test run.

One final piece to consider is the impact ad blocking and subscription services are having on the “free Internet.” Ad blockers have been around for years but, with increased awareness of how our personal preferences are monitored and logged by advertisers, more and more people are using ad-blocking extensions to circumvent the tracking. This has an impact not only on retailers but on content creators on services like YouTube, as many of the channels are dependent on ads to stay in business. It will be interesting to see how long access to sites like YouTube will continue to be available at no cost. If monetizing a formerly free service is successful, we can expect the so-called “free Internet” to disappear faster than Fantasia in “The Neverending Story.”