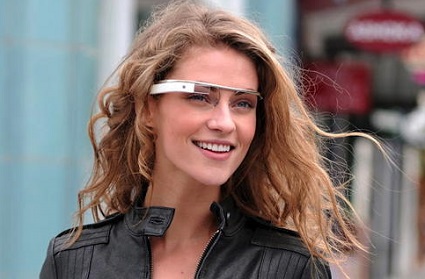 Anyone who works in the tech industry or spends their time playing with – I mean testing – gadgets could be forgiven for being slightly cynical when they hear people talk about “the next big thing.” There have been so many next-big-things in the last few years that it’s hard to imagine any new device that could shake up a sector that’s already awash with every type of smartphone, tablet, TV, laptop, camera, gaming console…OK, you get the picture.

But there is one device that’s currently working its way up the distribution pipeline that really could make a difference. A device so radical and Star Wars-like that it could literally change the way we go about our daily business. That device is Google Glass.

Google Glass, which is currently being shipped to app developers and Glass Explorers (more on them later), might just be the first wearable computer that anyone actually wants to wear. It comes in the form of a head-mounted display that can be fitted with lenses to look like ski glasses or acceptably cool-looking sunglasses.

Responding to voice commands or finger swipes, Google Glass can pretty much do anything a smartphone can do, including take pictures and video, look up things on the Internet, give directions, send messages, and display points of interest through augmented reality apps.

And that’s just for starters. One can easily imagine a world where Google Glass actually becomes a phone, a music player, a night-vision aid, and even a movie screen. Google Glass is Wi-Fi-enabled, or it can be tethered to a smartphone or tablet to connect with a 3G or 4G network.

How popular is Glass? Well, Google fanned the flames by holding a Glass Explorer contest, where potential early adopters were asked to say, in 50 words or less, why they wanted Google Glass and what they would like to do with it. And, oh yes, winners had to pay $1,500 for their Glass and travel to New York, San Francisco or Los Angeles to pick up their “prize.” Thousands applied.

Of course, privacy advocates have been quick to jump on the potential dangers of Glass. Apparently there is no way to know if a user is taking a picture or recording video, with potentially undesirable or embarrassing results. Businesses as diverse as art galleries and strip clubs have already stepped up to announce that Glass would not be welcome in their various establishments.

There is no word on when Glass will be available to the public and what the likely price point might be, but already Google is displaying an Apple-like ability to create pent-up demand. Whenever it goes on sale, there is sure to be great anticipation and a surge of interest in this unusual and ground-breaking device.