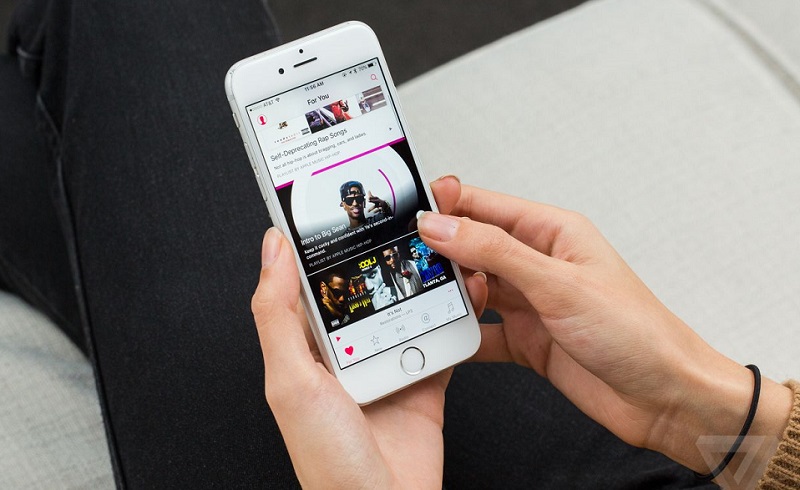 It will come as a surprise to exactly no one if I say streaming – not downloading – is the future of music.

Streaming isn’t new. When Pandora launched back in 2004, it was one of the first streaming sites to use algorithms to create personal radio stations matching your musical tastes and preferences. Over the years others, like Spotify, Tidal and Apple Music, have joined the game and now, for the first time, streaming services have edged ahead of downloads in income generated.

When the Recording Industry Association of America (RIAA) released its 2015 year-end sales report, analysts noted that the music industry earned a whopping $7 billion in revenue last year. Streaming services generated $2.4 billion, or 34.3 percent, of that revenue, with downloads coming in second at 34 percent. Somewhat surprisingly, physical music sales (CD’s and vinyl) brought in a solid 28 percent, perhaps in part due to the resurgence in popularity of vinyl.

“In 2015, digital music subscription services reached new all-time highs, generating more than $1 billion in revenues for the first time, and averaging nearly 11 million paid subscriptions for the year,” RIAA CEO Cary Sherman said. “Heading into 2016, the number of subscriptions swelled even higher — more than 13 million by the end of December — holding great promise for this year.”

So what does that mean for your music library? Is it as obsolete an 8-track tape? Well, yes and no.

Streaming may have surpassed downloads last year but only by a narrow margin. The music industry still generates significant revenue through downloaded music and it’s unlikely that will change any time soon, particularly when top artists like Drake, Taylor Swift and Adele are factored in.

When Adele, one of the industry’s top selling artists refused to make her last album “25” available on Spotify and Apple music last year, she explained her decision to TIME. “…for me, all albums that come out, I’m excited about leading up to release day. I don’t use streaming. I buy my music. I download it, and I buy a physical [copy] just to make up for the fact that someone else somewhere isn’t. It’s a bit disposable, streaming.” She isn’t alone. Taylor Swift pulled her album “1989” and her back catalog from streaming services and wrote an open letter to Apple to ask them to review the compensation paid to artists.

Despite this, consumers have demonstrated a preference for subscription services over ownership of a particular song. According to Forbes Magazine, Spotify has seen roughly 8 million Apple users move to its platform. As a result, Apple had to get onboard with streaming to mitigate the lost income. Of course, using streaming doesn’t generate the income downloading brings, but it’s more than Apple would see if they allowed users to defect to Spotify, Tidal and Pandora and didn’t offer their own alternative.