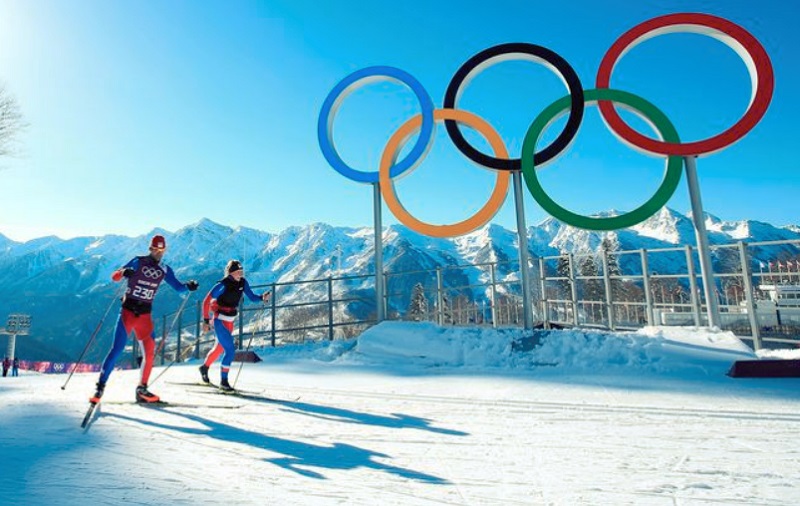 Not sure if you’ve heard, but we’re in the middle of the XXIII Olympic Winter Games in PyeongChang, South Korea. It’s kind of a big deal.

It’s also a fantastic opportunity to teach your kids about, well, almost everything. The Olympics are basically two weeks of teachable moments for your family.

The first and most obvious is, of course, the power of hard work and determination. It was a long, hard, sometimes crazy journey to PyeongChang – just ask Pita Taufatofua, the Tongan cross-country skier who hadn’t even seen real snow until two years ago. Watch the bios that give us a peek behind the curtain to see athletes’ backstories, like skier Lindsey Vonn’s comeback after a catastrophic fall during the 2013-14 World Cup or figure skater Alexa Scimeca Knierim’s fight with life-threatening stomach illness that required multiple surgeries over the past three years. Nigeria’s Seun Adigun, Ngozi Onwumere and Akuoma Omeoga are Africa’s first-ever Winter Olympic athletes in bobsledding.

The Olympics are a great opportunity to give your kids a lesson in world cultures and geography. As the athletes compete, the commentators often throw in bits of trivia not only about the athletes themselves but also about their countries, their flags and their culture. Talk to your kids about the different team uniforms, why some teams are bigger than others or why some countries aren’t there at all.

It’s also a good time to talk about real sportsmanship. It’s more than shaking your opponent’s hand after the game; it’s playing fair in the first place. Two investigations commissioned by the World Anti-Doping Agency found a system of doping in Russia. Dozens of Russian athletes at the 2014 Winter Olympics in Sochi were part of a state-run program that figured out how to cheat drug tests. Allegations were backed up with evidence when an investigation led by Canadian lawyer Richard McLaren found positive drug tests from 2011 to 2015 and a resulting cover-up that included switching urine samples at the Sochi Olympics. That’s why we have the Olympic Athletes from Russia competing without their flag or their anthem. It’s a complicated issue and arguments can be made as to whether or not the punishment fits the crime or even if it goes far enough.

Speaking of complicated issues, talk to your kids about North and South Korea, countries technically still at war yet competing as one nation.

The Olympics are a great opportunity for kids to find a hero that looks like them. Much of what we see in pop culture, held as a standard of beauty, is an air-brushed, photo-shopped construct, someone who matches a very narrow demographic. The Olympics and Paralympics feature a multitude of cultures, races, religions, body types and lifestyles. Help your child find a role model that’s more than a pretty face in an ad or on the screen.

At the end of the day, watching Olympic coverage is just plain fun. So snuggle under some blankets with a hot chocolate and cheer for your home team.