The Pros and Cons of Social Media in the Classroom 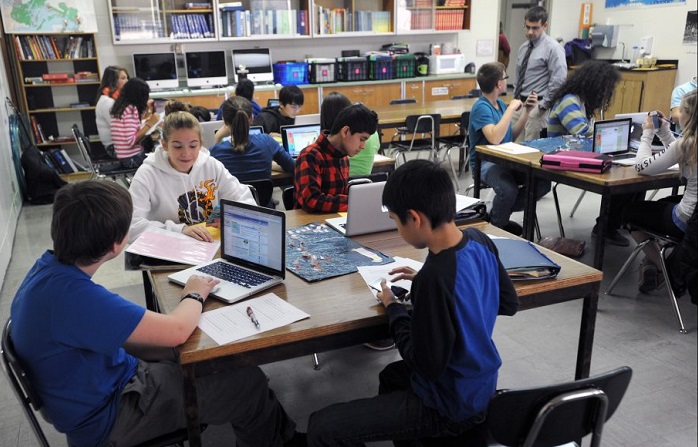 If you’re looking to start a debate, I suggest bringing up the issue of social media and whether or not it belongs in the classroom. Parents, educators, students – everyone has an opinion, and it’s an interesting mix of individuals on both sides of the issue.

In our technology-saturated society, one could argue social media is already in our schools. Every day teachers battle to keep kids off their phones and focused on what’s happening in the classroom, and see social media as a distraction. On the other side of the debate, educators have embraced social media as a way to engage with students outside conventional teaching methods, recognizing that students raised on smartphones and laptops have developed very different learning styles from past generations.

Those against social media in the classroom say there’s no need to look further than the name: “social media.” In other words, its purpose is socialization and it should be kept that way. Gail Leight, teacher and contributor to pbs.org points out that many of her junior high students already live in a very “it’s all about me” world and the social media they engage in promotes a very narrow world view. For her, the goal of educators should be to open student’s minds, exposing and challenging them to see the world beyond their social media circles. In addition, students may struggle to shift between digital and real-life learning and may not be able to separate the two worlds effectively.

On the other side are educators embracing social media and making it an essential part of their curriculum and teaching methods. Recognizing this generation of students will be among the first to have lived out their entire lives online, the value of this approach is obvious. From moms posting baby photos through their own social media accounts, virtually every aspect of students’ lives will be out there.  As a result, it’s become more and more critical for students to understand the importance of curating their online presence. As these students graduate and move into the workforce, there will be a higher level of accountability for their digital footprints. Many employers already see social media accounts as an unofficial piece of a potential employee’s resume.

Don Goble teaches Broadcast Technology, Film and Multimedia at Ladue Horton Watkins High School in St. Louis, Missouri. He points out that: “Students communicate, research, collaborate, create and publish online with or without the help of parents or educators. These same students then hop on social media to promote, discuss and share their thoughts with the world. The digital environment is offering us some of the greatest learning opportunities that young learners have ever had.” He further compares excluding social media from the classroom to giving a 13 year old the keys to a Ferrari and telling them to have fun. Not only is it ridiculous – it’s dangerous for the teen and for those with whom they come into contact.

Educators aren’t suggesting adding Facebook or Snapchat 101 to the core curriculum. Instead, they advocate taking what’s already part of the curriculum – basic writing skills for example – and applying it to blogging on closed, education-based sites like Edublogs or Kidblog. Others may use Edmodo, marketed as Facebook for schools, Fakebook, or FakeTweet to teach students what is and isn’t appropriate to put online.

In the words of teacher Vicki Davis, “Social media is here. It’s just another resource and doesn’t have to be a distraction from learning objectives. Social media is another tool that you can use to make your classroom more engaging, relevant and culturally diverse.” 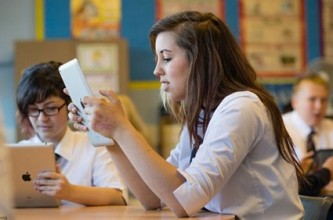 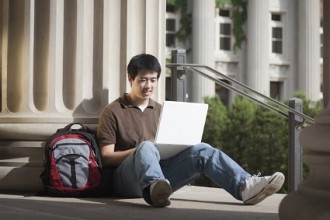