Not Your Father’s Prius 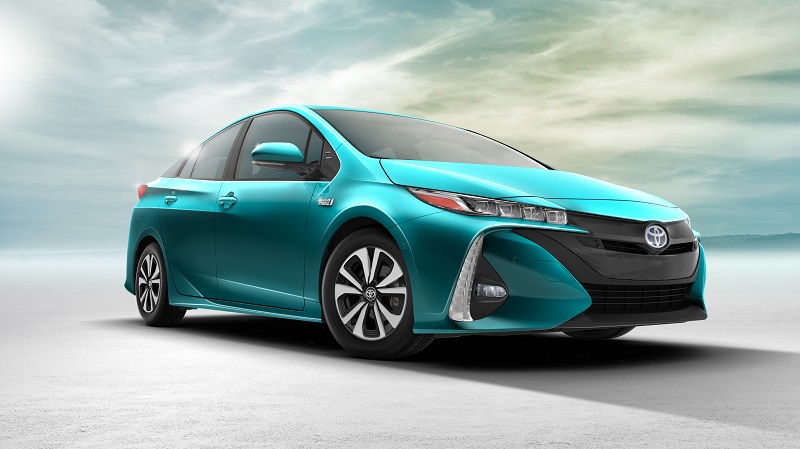 There are few periods during the parenting experience filled with more angst than the transition from chauffeur to backseat driver. From being the chauffeured to the “chaufferee”.

When parents hand over the keys to a vehicle, it often feels as though we have just handed over the keys to the world. In a way, perhaps we have. For some parents, the handing over of keys can be cause for celebration – another driver in the household! For others, it may be a more cautious experience, full of uncharted waters, with both parents and child carefully testing limits and pushing boundaries. As a teenager, nothing feels more exhilarating, even though few things come with as much responsibility as getting the keys to your first vehicle.

Since I am getting ready to be the parent of a teen driver, I was thrilled to be Toyota’s guest at the 2016 New York International Auto Show, where the company unveiled a vehicle that just might create a more symbiotic relationship between parent and child: the 2017 Prius Prime Plug-In Hybrid, which is set to go on sale this fall. Consistent with a brand that’s almost synonymous with hybrid vehicles, Toyota did not disappoint with the Prius Prime, debuting one of the most technologically advanced hybrid models since, well, ever. Parents of teen drivers will find themselves smitten with the laundry list of optional safety features under Toyota’s Safety Sense P Suite, including:

Intelligent Parking Assist just might become your new teen driver’s best friend. IPA uses ultrasonic wave sensors to size up a parallel parking space and then, when activated by the driver, actually steers the car into it. But it’s speedy senses don’t stop there. The same technology can even back the Prius Prime into perpendicular spaces and automatically steer it out of a parallel space. Similar technology also provides a warning if the driver gets too close to the obstacles alongside the vehicle, such as errant shopping carts or parking garage walls and columns.

Tech appeals to teens like safety features appeal to parents, and the Prius Prime is loaded with tech. Most notable is the 11.6-inch HD central infotainment screen. For some perspective, that’s just slightly smaller than the iPad Pro, and it dominates the dash as command central. The Prius Prime also comes equipped with the Entune Suite and Prius Prime mobile apps. In addition to helping the driver locate nearby charging stations, it also allows you to track and compare the driver’s eco driving score, and remotely control the vehicle’s climate system. It’s a great conversation starter between parent and teen for properly taking care of your vehicle and developing good driving habits. It also allows drivers to share their green driving scores across social media and perhaps turn it into a competition that’s a win for everyone, especially the environment.

Included with this technology is standard navigation, so getting lost will never be an excuse for a missed curfew. The Entune app suite also allows drivers to access Slacker Radio, Pandora, iHeartRadio, Destination Search, movietickets.com, Yelp, and Facebook Places, so checking in just got a whole lot easier.

Another notable feature that adds to both safety and the tech factor is the full color Heads Up Display that offers essential driving data projected across the windshield just below the driver’s line of sight. This driving data includes current speed, the hybrid system indicator, Active Cruise Control proximity warning, and a Lane Departure Alert.

So what would everyday life with the Prius Prime look like? For starters, the Prius Prime offers maximum speeds of 84 mph. To charge, the vehicle can be plugged into a standard 120 volt electrical outlet and be completely charged in 5.5 hours. Hooking it up to a 240 volt outlet (such as those found at charging stations) reduces that time by half. Toyota is projecting an electrical range that has doubled to 22 miles, bringing the combined fuel range to 600 miles on a full charge and a full tank of gas. That’s a whopping 120 MPG in EV Mode!

All things considered, the Prius Prime definitely isn’t your father’s Prius. This tech-savvy, feature rich and safety minded Prius does more than just live up to expectations. It steps up the eco-game and makes it cool to be a young, green, tech-savvy driver.

Are you in the market for a new car? If so, which cars are you looking at?

Disclosure: The Online Mom, LLC receives a promotional fee from Toyota. All opinions are my own.