We love our smartphones and tablets, but despite the increased network speeds, the great functionality, and all those amazing apps, there is still one problem: battery life. The more we depend on our mobile devices, the less time the battery lasts. And if we’re not at home or in the office, that can mean a complete shutdown, with consequences ranging from annoying to disastrous.

Fortunately, the meteoric growth in mobile devices has been accompanied by an equally impressive growth in portable chargers. And we’re not talking about bulky battery packs and yet more tangled cables. These days, most charging devices will fit in the palm of your hand and connect with a custom USB cable that’s no longer than a couple of inches.

Here are 5 of our favorites. We have quoted the original manufacturer’s price but have also included a lower price where one was available. 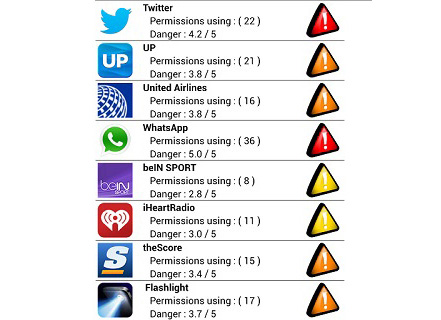 The other day I was looking for a new flashlight app for my Samsung Galaxy S4 smartphone, so I jumped onto Google Play and searched the term “flashlight.” The first app that came up was Brightest LED Flashlight from Surpax Technology Inc.  It had been installed over 50 million times, had been updated as recently as last month, and had received very favorable reviews, with an average rating of 4.7 out of 5.

It sounded perfect, right? I went ahead and tapped ‘Install’ and was presented with the usual list of permissions. Only this time, I actually read them.

It turns out that in order for me to install the app, Surpax Technology would need full network access, including access to all my Wi-Fi connections; continuing access to my precise location; access to storage so it could “modify or delete the contents”; the ability to take pictures or video using my camera; and the ability to modify my system settings. All this to turn on my LED flash?

It seems that we have become so enamored with our smartphones, and the clever apps that turn them into so much more, that we are no longer concerned about privacy. And even when we do stop and think, we are more than happy to trade in those concerns for a little extra convenience or a good smartphone game.

Before iPhone owners mention the vulnerability of Android devices and the extra security surrounding the App Store, it’s worth pointing out that Apple mostly allows iPhone app developers the very same permissions as Android developers, except that those permissions aren’t disclosed or are delivered in the form of notifications after an app has been installed.

At second glance, some of the permissions that developers seek may not be quite so threatening. For example, Surpax’s desire to access both my location and my network is almost certainly to enable it to deliver meaningful advertising. While I might regard advertising as intrusive, it’s a cost I might be willing to bear for the convenience of a reliable flashlight. However, I can’t imagine any reason why the app should need to modify or delete the contents of my storage.

Interestingly, the sheer number of app permissions that certain developers seek is not necessarily a sign that something is wrong. I recently installed an app called Permission Dog to see which of the apps on my phone were using the most permissions. It flagged just 4 apps as having a “dangerously high” number of permissions: Facebook, Twitter, LinkedIn and WhatsApp. (Yet more proof that we effectively sign away our lives when we join these social networks!)

So should we be worried about app permissions? After all, in the case of Brightest LED Flashlight, 50 million people can’t be wrong, can they?

Perhaps the best commentary I have seen on the issue of app permissions is a 2012 post on the community forum on Phandroid, an independent blog covering Android news. Here they list the risk associated with granting each individual permission. For example, permissions to make phone calls, send texts, or read your contacts should always be red flags, and, unless there is a very good reason, apps requiring these permissions should be avoided.

The Phandroid post makes a good point when it suggests checking out the developer’s web site before downloading an app. If the site is well laid out and informative, that’s often a much better indication of an app’s legitimacy than a standard list of permissions. The post also notes that updating an app is the same as installing it anew, and we should take as much care with the update as we do with the initial download.

In conclusion, permissions do matter. If you can’t imagine why the developer would need access to a certain feature – and you can’t find out – then it might be wise give the app a miss. After all, there are over a million apps to choose from, so it shouldn’t be hard to find ones we trust! 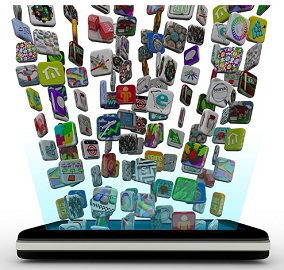 The four main wireless carriers have agreed to participate in a new rating system for mobile apps, which was unveiled today in a joint statement from the wireless trade association, CTIA, and the Entertainment Software Rating Board (ESRB), which will administer the new system.

The idea behind the rating system is to give parents and children some guidance on content, particularly when it comes to sexually explicit or violent apps. The system will be similar to the one currently in place for video games, which is also administered by the ESRB.

The new system is backed by AT&T, Verizon Wireless, Sprint, T-Mobile, U.S. Cellular and Microsoft, and the joint statement indicated that other storefronts were also interested in joining.

“CTIA is proud to have worked with the six founding storefronts, ESRB and developers to create this user-friendly and reliable mobile application rating system that will provide parents and consumers with information so they can determine what’s appropriate for children,” said CTIA President, Steve Largent, in a statement.

The CTIA described how the new rating system will work:

When developers submit their applications to a participating storefront they will be able to complete a detailed yet quick multiple choice questionnaire that is designed to assess an application’s content and context with respect to its age-appropriateness. This includes violence or sexual content, language, substances, etc., as well as other elements such as a minimum age requirement, the exchange of user-generated content, the sharing of a user’s location with other users of the application and the sharing of user-provided personal information with third parties. Once developers complete all answers to these questions, their applications are rated within seconds.

Each rated app will be issued a certificate and a unique identifying code, which can be submitted to other storefronts to avoid duplicating the rating process and to ensure consistency. The ESRB will test the most popular apps to make sure they are rated appropriately and they will also monitor consumer complaints.

However, the new system lacks the support of both Apple and Google, who are by far the biggest distributors of mobile apps in the U.S. and around the world. Apple’s App Store, which has over 500,000 apps, has its own rating system, which features four age limit recommendations ranging from 4+ to 17+. Google’s Android Market has a similar four-tier rating system in place, which classifies apps as either “everyone,” “low maturity,” medium maturity,” or “high maturity.”

Although, Google commends what the CTIA is doing, it currently has no plans to change. “We’ve put a lot of effort into the Android Market’s rating system, which now works well globally,” said a Google spokesperson. “So while we support other systems, we think it’s best for Android users and developers to stick with Android’s existing ratings which are well known and understood.” 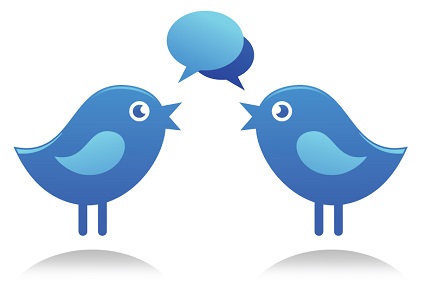 Twitter chats – or Twitter parties as they are often called – are a great way to learn new topics and connect with a community of like-minded individuals. We like to equate a Twitter chat to a giant reception or cocktail party. The chat is usually organized around a specific topic or theme, but there are many different conversations happening at the same time.

The Online Mom community has been coming together under various hashtags since early 2010. Our parties are regularly featured in Twitter’s list of top trending topics both in the US and internationally, and we have hosted hundreds of Twitter parties on behalf of The Online Mom and our clients.

2. Choose a Twitter chat platform. The best platforms to use during a party are TweetChat (www.tweetchat.com), TweetDeck (www.tweetdeck.com) or HootSuite (www.hootsuite.com). When you use Tweetchat, you don’t need to add the party hashtag at the end of each tweet. This saves you time so you can focus on asking your questions and getting to know others on the chat. If you are new to Twitter, TweetChat is probably the easiest to follow. Log on with your Twitter ID and password, choose a hashtag to follow, and start chatting. It’s that easy!

3. Follow the hosts.  Each party has a host or a series of hosts – be sure to follow them so you know the questions being asked and the important tips and advice that are being discussed. The hosts will often start the chat by pointing out other experts or guests that you should also follow for that particular chat.

5. Don’t be shy! The more you tweet, the more you will get out of a chat. Feel free to tweet openly to everyone or address questions and comments directly to the hosts and other party attendees by using their @names. If you attend parties on a regular basis, you will soon get noticed and pick up lots of extra followers!

The #MobileLiving chat takes place on Fridays from 3–4pm ET, and covers a range of topics connected to the mobile lifestyle

The Online Mom also hosts other Twitter chats and special events on a regular basis. Check TheOnlineMom home page for the upcoming schedule.

1. We are often asked by overseas guests whether they are eligible for the prizes that are offered during Twitter parties. The simple answer is yes but we must be able to ship to a U.S. or Canadian address. Also keep in mind that certain electronics and other gadgets may only work in the U.S. In particular, smartphones and tablets are usually shipped ‘locked’, which means they are tied to a specific U.S. cellular provider.

2. Prizes are awarded at the sole discretion of The Online Mom LLC and may be withheld for any reason. In particular, prizes will not be awarded if it becomes clear that individuals are operating multiple Twitter accounts in an attempt to increase their chances of winning.