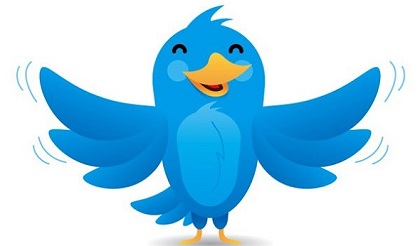 You have just started out on Twitter and are enjoying the daily back and forth of news, information, opinion, and, well, just plain old gossip. But those first few weeks on Twitter can be a very lonely time. It’s easy to feel inconsequential with only a few dozen followers, particularly as everyone else seems to have thousands.

And then there’s the sheer volume of tweets. Once you are following more than a hundred people, it becomes almost impossible to keep track of everything that’s going on, and the one-on-one engagement you were looking for becomes much harder to achieve.

However, Twitter is a great communications tool and the benefits of participating, learning and sharing are well documented. So, to make it a little easier, here are a few tricks that can help get things moving and keep you organized. If you are committed to staying the course, then these tips can make the ride a little faster and a lot more enjoyable!

1. Use a desktop app to get organized. Third-party apps like TweetDeck or HootSuite allow you to organize incoming tweets by individual or topic, manage multiple Twitter accounts, search for friends and ‘what’s hot’, sync with other social networks, and much more.

2. Stay connected. Growing your Twitter account is about keeping in touch and staying active. Download the Twitter app to your smartphone. Most third-party apps also have a mobile equivalent, allowing you to see the same Twitter information that you can see on your desktop.

3. Use hashtags. When you post a comment that relates to an ongoing event or popular topic, add a hashtag, e.g. #Election2012, #internationalwomensday, #SuperBowl. This will help your tweets and Twitter name show up in searches and connect you with like-minded people. You can see a list of the most popular current hashtags in the Trends section of your Twitter page.

4. Follow the right people. By all means follow your favorite celebrities but don’t expect them to follow you. @Oprah has over 15 million followers but follows less than 120 people. Pick people that have more even numbers and are more likely to follow you back.

5. Retweet others. One way to spread a little love and get noticed is to retweet other people’s posts. You can either retweet people you already follow or retweet posts on a given topic using one of the desktop apps mentioned above.

7. Share pictures and video. A picture is worth a thousand words – which is a lot more than 140 characters. You will need to use an image-sharing service like Twitpic and yfrog or the built-in tools on an app like TweetDeck.

8. Thank your followers. Every Friday is Follow Friday. It started out as a way to call out interesting people on Twitter, but it has morphed into a way for people to thank their followers. List three or four people that have followed you in the previous couple of weeks and be sure to add #FF at the beginning or end of the tweet.

9. Keep your tweets short. Make your tweets clear and uncomplicated, without too much shorthand. If you are including a link, use a url shortener like Bit.ly or TinyURL. And leave enough room for people to retweet you without having to edit your original tweet.

10.  Ask questions. Start a dialogue; “crowdsource” an opinion. Asking questions is one of the best ways to attract attention and get your Twitter name retweeted. Instead of posting what you think, ask others for their opinions.